After joining the Warriors' ownership, Vivek Ranadivé is looking to bring NBA to India

Remember Vivek Ranadivé? The Mumbai-native who headed to Silicon Valley, become a super-rich software mogul as founder and of software company TIBCO, and recently became vice-chairman of GSW Sports LLC Executive Board, the group that has bought ownership of NBA team Golden State Warriors? Ranadivé became the first Indian owner of an NBA team, and you go here to get a recap of Ranadivé and his new stint with the Warriors.

Well, anyways, now that he is in the NBA-ownership business too now, Ranadivé has expressed his desire to 'bring the NBA to India'. The NBA, however, is already here, well, and bumping, but Ranadivé's efforts and influence can only help the cause.

From The Economic Times:

"We will work closely with the NBA to help make it a global sport and bring it to India," Ranadivé says.

Ranadivé, author of best-selling books such as The Power of Now and The Power to Predict expects "NBA India" to succeed because he sees the basketball-viewing and playing culture sinking in easily in the country. He notes that "in a country that doesn't have much space thanks to high density of population, this is a game which can be played in smaller courts", unlike cricket, the most popular game in the country, and soccer. "Look at how popular the league is in China (the NBA was launched in China only two years ago). Similarly, it will be a huge hit in India."
The NBA has successfully promoted the game in the world's most populous nation by drafting players, notably icons such as Yao Ming, holding exhibition matches as well as through media tie-ups and other partnerships.
Ranadivé, who has vowed to make the Warriors the best "21st century" basketball team, plans to hire the best talent from across the world.
Currently, the NBA has a presence in India, but not in the form of a professional league. The Mahindra group has partnered the Association for a grassroots-level basketball league to promote the game and train the youth in the country.
On the other hand, Ranadivé will galvanise efforts to bring the NBA professional league to the country. That would involve forming a domestic unit, hiring local players, holding exhibition matches of professional teams and entering into partnerships with corporates and others to promote the game. 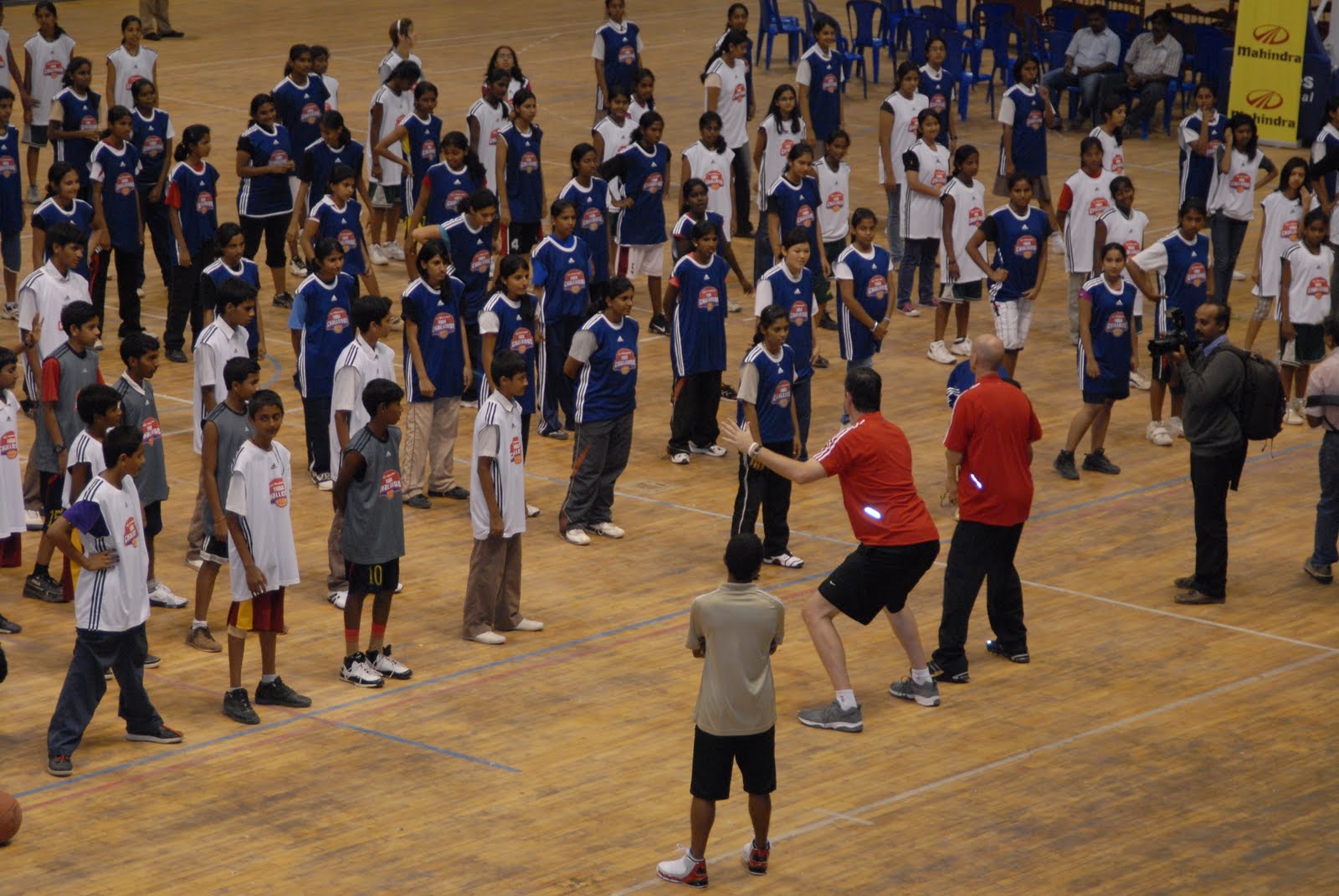 Although Ranadivé isn't necessarily saying anything that hasn't already been said about the potential for growth of NBA and basketball in India, I'm glad that he is showing interest. An Indian NBA owner can only be good for India.

Here's hoping that Ranadivé can have greater success with his NBA in India plan than he is currently having with the Warriors. Starting the season at an impressive 7-4 up till the day of the new company's takeover (November 15), the Warriors have since been sliding, and have only won one game since. Their current record is a dismal 8-15.

Ranadivé's company TIBCO, of which he is chairman, CEO, and founder, has its India unit in Pune. The article quoted above also mentions that TIBCO is looking up to set up a facility very soon in Hyderabad, too.
Posted by KARAN MADHOK at 15:15