Anitha P. Won't Back Down 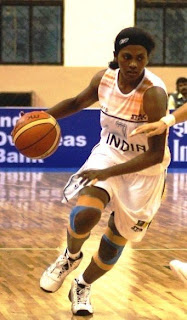 The Delhi Commonwealth Games may have missed out on a basketball tournament, but four years ago, the competition took place at the Games in Melbourne. Back in March 2006, the Indian Women’s team were baptised by fire in their very first game, as they played in the preliminary round against Australia, the hosts and the strongest team in the world. Australia made full use of their squad’s experience at the international level, and boasted by Lauren Jackson, one of the greatest women players in the world, they made mincemeat of the Indian team. The Australians went on to clinch the gold medal at the competition.

But during that blowout victory, the Indian eves, however outmatched, showed their bravest face against the world’s best. Leading the squad was a confident 21-year-old youngster that dared to challenge the world’s best player in her own court. Lauren Jackson (6 foot 4 in) may have scored 41 easy points against India, but the young and undersized forward Anitha Pauldurai (5 foot 6 in) from the Indian side didn’t back down, playing a game-high 36 minutes and leading her team with 21 points.

Four years later, Anitha remembers that game against Jackson as one of the most memorable nights of her life. Considering the way this 25-year-old has evolved her game, she can be sure that there will many more nights like that to come. 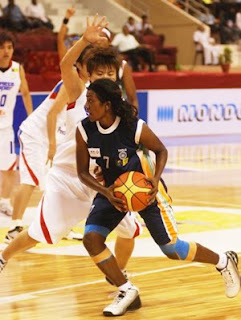 Anitha, a resident of Chennai, started playing basketball at the age of 11, but admits that early on, she wasn’t a fan of the sport. “I used to like volleyball and athletics more,” she said, “But when I was in school, the basketball coach recommended that I try the game. The more I played, the more interested I became in the sport.”

As she kept improving and working her way up the ranks, Anitha was also lucky enough to be part of a family that supported her ambitions. Her father, a retired police head-constable, gave her the green light early to do ‘whatever she liked’, and Anitha didn’t look back. “I didn’t really have a role model in the game,” Anitha said, “I just love sport and love to play. I joined the game of basketball, got good coaching, and so I continued.”

After years of success, Anitha now finds herself as in integral part of the Indian Sr. Women’s Team that is heading to Guangzhou, China, to take part in the 2010 Asian Games. The team is being coached by the former WNBA player and American head coach Tamika Raymond, who has seen great potential in the Tamil Nadu girl.

Anitha’s unique skill-set ensures that she can become a devastating weapon for India. She plays the small forward position in the team, or the “three” – but has the ability to control the ball and play point guard as well. This ability to switch between positions, her skill to drive in and attack the basket, and her high shooting percentage, all add up to create a great all-round player. 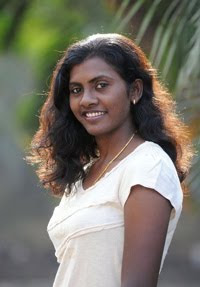 The team has spent the past month working with Raymond in Chennai, and is now ready to head out to China for the Asian games, which are set to kick off on November 12th. “I’m very happy to have Coach Raymond working with us,” says Anitha. “Her coaching style is very different. We know we are many years behind the world’s best, so we’re working hard with her to catch up. Our practices have been shorter, but extremely intense.”

The Women’s team is still searching for an identity, but Anitha hopes that a few practice games before the real tournament kicks off will help each player understand their role. Anitha is already looking forward to the challenge that the Indians can pose. “We have some good players,” she said, “Geethu has the potential to be in the WNBA. The rest of the squad is a young, exciting team. What they lack in experience they make up by aggression!”

Anitha seems to be the perfect archetype of the aggressive, confident, young Indian player. Her favourite move, she says, is to slash and drive in to the basket, wading by two or three defensive players, and scoring. She dreams of looking opponents in the eye and driving to score past them.

Be it competition like China, Korea, and Thailand that the Indian Women’s team will face in Guangzhou, or Lauren Jackson, the world’s best, one thing is for sure: Anitha P. won’t back down!
Posted by KARAN MADHOK at 21:01