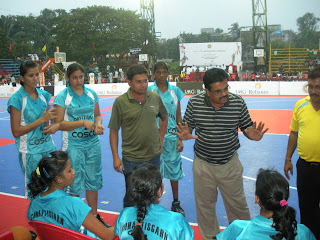 The first quarter has ended. The scoreboard reads: Chhattisgarh 25, Delhi 2. As the Chhattisgarh junior girls team walk back to the bench for a break, their coach Rajesh Patel is still fuming.

The Girls go back at it. They maintain their lead though, and by the time the final buzzer sounds, the score reads 69-48. It wasn’t a 50-point win, but the coach is happy indeed. Another day at the office for India’s most efficient basketball system.

The blowouts continue, from quarter to quarter, game to game, tournament to tournament, year to year. Here are some heady statistics: The Chhattisgarh state was formed out of Madhya Pradesh ten years ago. Ever since, Chhattisgarh girls have won nine out of the ten Sub-Junior National Championships, give out of nine youth championships (runners up three times), and seven out of nine Junior championships. By the time the talented Chhattisgarh girls reach Senior level, most of them get snagged off to play for Indian Railways (they have already taken 28 girls over the past decade).

For those who are not involved with the game in India, Chhattisgarh is basketball's best kept secret. In a state struggling to find a positive identity ever since its inception in 2001, Chhattisgarh’s Girls’ basketball programme has given its people more than enough reason for cheer. 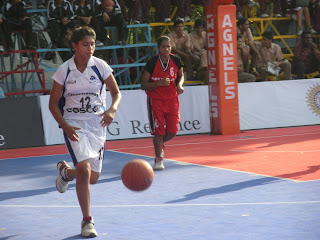 Two words come to my mind when I watch them play, the same two that spring back up when I read about their near-perfect tournament records: ruthless efficiency.

To those engrossed with big city lives of better infrastructure, major tournaments, brand new Nike LeBron sneakers or flashy NBA jerseys, the success of Chhattisgarh may seem like a mystery. To the untrained eye, they are, after all, a great unknown. But their ‘secret’ is as profound as it is simple: 24-7-365, Togetherness. All year round, the team stays together, plays together, studies together, eats together, and holds each other accountable.

Let this story serve as a microscope at the Chhattisgarh phenomenon. The city of Bhilai, smack in the middle of the Chhattisgarh state is known for two things: 1) the Bhilai Steel Plant, and 2) It happens to be one of the fastest growing cities (in terms of population) in the world. The Bhilai Steel Plant is the financial powerhouse behind providing infrastructure and manpower for Chhattisgarhi basketball, including four well-maintained outdoor courts. The Bhilai Engineering Corporation sponsor the state’s ‘Basketball Hostel’. At this hostel, 20 girls and 10 boys, usually from poor families, are housed all year long, where they eat, pray, and love basketball, practicing 10 hours each day, morning, evening, repeat.

And then there is their coach, Rajesh Patel. Patel is Honorary Secretary of the Chhattisgarh Basketball Association and Deputy Manager (Sports) at Billai Steel Plant, and has invested over 30 years into the game. Patel has built a well-planned system, where his scouts bring young players (around age 10-11) from deprived conditions and offer them a chance to make a living through basketball. “These are really poor kids from all around the state of Chhattisgarh,” said Patel, “Some are from tribal families. Some can't even afford to buy a pair of slippers for thier feet. Some have father’s who drive auto-rickshaws, or sell paan. We offer them the opportunity that if they are successful in basketball, they will be able to land a government job. By the time they leave, I want them to earn for themselves and be able to stand on their own two feet.” 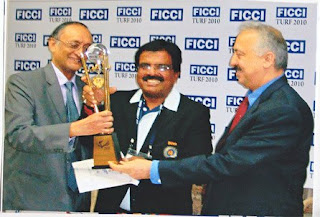 And they don’t just stand, they stand tall. In his several decades in coaching, around 120 players that have trained under Patel have received government jobs under the sports quota. 25 players trained under him have represented the Indian Sr. National team. Till date, he has trained around 7,500 basketball players. Recently, Patel was felicitated at the FICCI sports summit for his contributions to developing grassroots basketball in India.

“These girls are hungry for success,” Patel says, “The potential for a job placement afterwards motivates them to keep trying harder.”

Chhattisgarh has a successful boys’ team too, but the high expectations set by the girls almost keeps the boys shadowed a little bit. “See, in Chhattisgarh, we aren’t really blessed with the tallest or the biggest people,” said Patel, “Amongst the girls, you can manage to win by skill, but in the boys’ game, the physical attributes matter a lot more.” 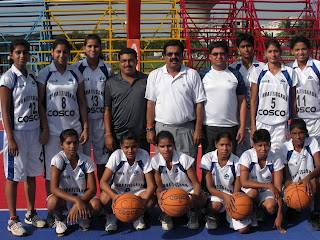 “Also,” Patel admits, “The boys’ division is so much more competitive than the girls', so it is harder for them to win all the time.”

Meanwhile, the girls keep on winning and keep on representing the country at the highest level. The current junior girls’ team has three players who have represented India internationally at the Youth or Junior levels: captain Ranjeeta Kaur, Pushpa Nishad, and Sangeeta Mandal. All three ooze with confidence, and have used their international experience to help their squad.

“The international experience certainly helps a lot,” said Ranjeeta, “I’ve personally learnt a lot of defensive plays when facing tougher opponents, and it shows in my game at this tournament.”

“Our offense is also much stronger than other teams,” adds Ranjeeta, “We practice it throughout the year.”

Stack up all the factors above and the haze becomes clearer; the mystery demystifies. Patel admits that whenever the Chhattisgarh team plays in other states, basketball laymen and the local media don’t take them seriously, until they blink and realise a few days later that the team has become a championship contender.

You can keep away that microscope now: It should be no shock to anyone that Chhattisgarh produce India's most dominating girls' teams.

"We want to beat each team – we want to win each game in a one-sided fashion,” says Sangeeta Mandal, one of the stars of the Chhattisgarh junior girls squad, “We won’t leave this tournament without playing in the final, and then winning it.”

The secret is out. And just as ever, Chhattigarh girls' are the top contenders for the crown at Vashi, approaching their destiny just as they always have, with ruthless efficiency.
Posted by KARAN MADHOK at 16:29