For those searching for the ultimate desi Cinderella story, the tale of 26-year-old star Amritpal Singh is even stranger than fiction.

At age 18, Singh, the son of a farmer from a small town in Punjab, had never held a basketball. By 22, he had become the captain of India's national basketball team. At at 26, he has taken his boldest step forward it: he will become the first Indian to be in a roster of a team in the Australian National Basketball League (NBL). 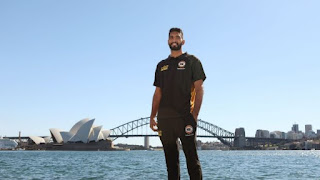 On Wednesday, August 30, the Sydney Kings officially signed Amritpal Singh, making the 7-footed center the first Indian-born player to be contracted to an NBL team following changes to the rules that allow for these nationalities to play as unrestricted players.

Earlier this year, Singh's teammate with the Indian national team and ONGC (Uttarakhand) Vishesh Bhriguvanshi signed a training contract with the Adelaide 36ers.

Sydney Kings Managing Director Jeff Van Groningen said it was a significant signing for the club and Australian basketball. "We welcome Amritpal to our organisation," said Van Groningen. "We take our responsibility as a member of the global basketball community very seriously and endorse the NBL’s focus on ‘bridge-building’ with those that share an interest and passion for our great game both in India and within the Indian community here in Australia. We are excited at what Amritpal can contribute to the Kings as a strong, rebounding big man and we look forward to contributing to his rising career. He is young in the game but secured this opportunity through hard work and professionalism."

Singh has served as captain of the Indian national team, most recently in the India's gold-winning triumph at the 2017 SABA Championships in Maldives. Domestically, he plays for the Pune Peshwas of the UBA Basketball League and was employed by ONGC in Uttarakhand. Over the past few years, Singh has had his share of professional experience abroad, as he played in the Japanese D-League and BJ Summer League. Earlier this summer, he impressed NBL scouts at a Draft Combine and Melbourne and was given an opportunity to train with the Kings. He traveled with the Kings' invitational squad to China for the Atlas Cup and helped them win the competition with his big performances.

Sydney Kings Head Coach Andrew Gaze, a former legendary player in Australian basketball, said he was excited to work with Singh. “Amritpal was a very strong contributor to the Kings offseason program, particularly during our invitational tour to China," Gaze said. "His rebounding was a major factor that allowed us to win the Suzhou event, and he also picked up our overall playing philosophies and schemes quite quickly." 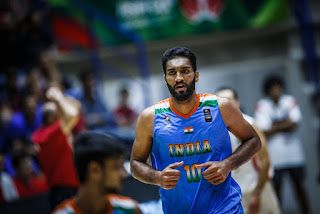 "He's got great athleticism, runs the floor, got good hands, got good shooting touch," Gaze told reporters in Sydney on Wednesday. "He's got great size. Last season, one of the major deficiencies we had was our rebounding. He rebounds the ball really well."

The Kings found their most successful stretch in the NBL in the early 00s, when they won a three-peat of championships from 2003-2005. They have struggled in recent years, however, and finished second-to-last in the NBL's standings last season.

The Sydney Kings begin their National Basketball League 2017/2018 season with a game on Saturday, October 7 against the Adelaide 36ers at Qudos Bank Arena. But before that, Singh will be initiated to the team in the highest-level possible, with a pre-season game against the NBA side Utah Jazz on October 2. It will be his first time playing against this high level of competition, which could include a potential matchup against the 'Stifle Tower' Rudy Gobert.

Singh was born in the village of Fattuwal in Punjab, the son of a farmer, and used most of his athletic gifts ploughing the field or playing Kabaddi. At 19, he was finally introduced to the famed Ludhiana Basketball Academy (LBA) and their late head coach Dr S. Subramanian. Once he took to the game, Singh improved rapidly, graduated quickly the Indian national team, and has been a linchpin of the national squad for the past six years, a stretch that has included India's historic wins over China at the FIBA Asia Challenge and the most recent appearance at the FIBA Asia Cup. 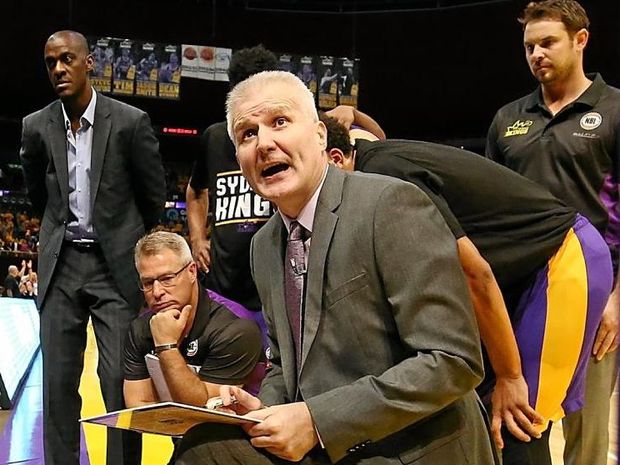 "He's a good athlete, and he comes from a relatively small town in his area with not a lot of resources to refine his skills," Gaze told the Sydney Morning Herald. "It's testament to his work ethic and his love for the game and passion that he's been able to make this type of progress."

More from Gaze's interview with the Herald.

"You can't use one of those spots just for some token reasons or for marketing, there's none of that, as a coach I wouldn't do that, he's absolutely here on merit," Gaze said.
"We've got to keep this in perspective, he's got a long way to go. This is not the second coming of Hakeem Olajuwon, he's a player I believe has huge upside.
"He's a quick learner, he's got a good IQ, he's got a good instinct for the game, a natural instinct. He's got a lot of upside on the basis he's only been playing the game for five or six years."


Singh will join a roster in the Kings that includes swingmen Kevin Lisch and Brad Newley, both of whom made the All NBL Second Team last season.

Singh's unlikely journey to the Kings took one last minor speed-bump, when the riots in his home state of Punjab earlier this week put the entire area in a curfew and caused him to miss his flight abroad. Singh arrived late to Sydney, but now, he is ready to contribute and start on a whole new chapter in his basketball life.
Posted by KARAN MADHOK at 02:01