Two prominent members of India's national basketball team, including one superstar former captain of 'Young Cagers', are currently in the tiny island nation of Maldives taking part in the country's Division 1 basketball league, the Maldives Basketball Association (MBA). Varanasi's Vishesh Bhriguvanshi (25) and Tamil Nadu's Rikin Pethani (25) have both been signed by the MBA's reigning champions team T-Rex. The league is being held from September 20 to October 3, 2016 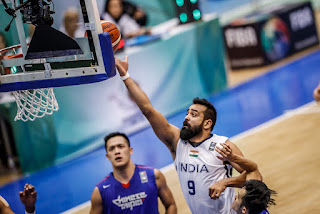 Bhriguvanshi and Pethani will be the second pair of Indian men's national teammates to play professionally abroad. The duo of Amjyot Singh and Amrit Pal Singh took their talents last year to play in Japan's D-League and BJ Summer League.

The 6-foot-3 Bhriguvanshi has been a staple of the Indian national squad from the youth and junior levels for nearly a decade. He has formerly served as the captain of the national team and has become one of Asia's finest shooting guards. He is a member of India's famed basketball 'Big Three' and played an important role for India at the recently concluded FIBA Asia Challenge in Tehran, helping the team to a historic seventh place finish.

Pethani (6-foot-10) has developed into an important player for Tamil Nadu and a reliable backup big for the national team over the last few years. He was also part of Team India at the FIBA Asia Challenge. 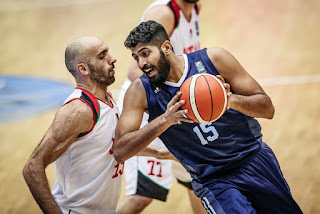 This is great news for Bhriguvanshi and Pethani. However, their decision to go to Maldives is yet another confirmation of the stunted growth of basketball in India. Maldives is about 11 thousand times smaller than India (you read that right). It's a pity that two important Indian players cannot play professional basketball in their own country - a self-proclaimed rising basketball superstar - and have to head abroad to a nation that doesn't even feature in the FIBA rankings. There is still no full-time professional basketball league in India that is supported by the government or the Basketball Federation of India (BFI); an independent, short league run by the Universal Basketball Alliance (UBA) is at odds with the BFI, which means that players like Bhriguvanshi and Pethani can't play for them if they want to continue playing for the national team.

India needs to either a) start their own national basketball league or b) allow players to play both in the UBA and for India, or maybe even c) all of the above. I don't blame the players at all for their decision. They must do what they have to as professionals, and if they can't play in their homeland, they have the right to take up basketball opportunities wherever they may arise. Congratulations to both: hopefully this stint can provide them with more much-needed basketball exposure.
Posted by KARAN MADHOK at 03:40