Two years ago, the Dr Shyama Prasad Mukherjee Indoor Stadium at Goa University in Teleigao hosted one of the contemporary high-points of Indian basketball. The 2014 Lusofonia Games were being held in Goa, and it was at this stadium where Head Coach Scott Flemming led the Indian national Men's squad to a memorable basketball gold medal victory in the tournament. While Goa has never been known to flaunt much basketball structure or associate positive history with the sport, this was a moment that generated real excitement for the sport among local fans.

This week, the same indoor stadium will get a chance to take a step further. The 30th Federation Cup All India Basketball Tournament for Men and Women - organized by the Basketball Federation of India (BFI) and the Goa Basketball Association (GBA) - is set to be held in Goa from March 9-14. A tournament among only the elite teams in the sport in both men's and women's division, the Goa University will once again play host to some of the most talented players in Indian Basketball starting tip off on Wednesday, March 9. 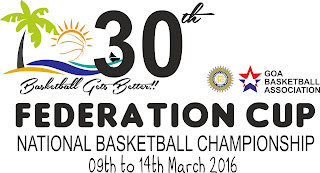 The Federation Cup will seek to bounce back after the fiasco surrounding the tournament a year ago. Last year's Federation Cup was held in Pune (Maharashtra) around the same time that the BFI broke apart into two separate executive committees, with meeting one in Bengaluru, one in Pune. The Pune committee - led by Poonam Mahajan - organised the 2015 Federation Cup, but it is the Bengaluru committee - led by K. Govindraj - that now has control over the BFI and is organizing the 2016 Federation Cup. ONGC (Men) and Southern Railway (Women) were crowned champions in Pune and will return this year to defend their title in Goa as well. ONGC have won the last three gold medals at the Federation Cup and will be seeking a four-peat.

Teams participating in the 2016 Federation Cup are: 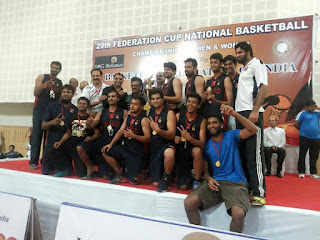 You can find a detailed schedule of matches via the BFI here.