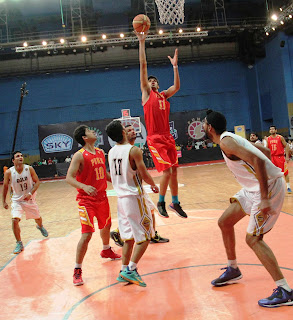 Last year, Ten Sports, and its affiliate channels Ten HD and Ten Action, began to show tape delay matches of the experimental first season of the UBA Basketball League. As the league grew bigger in the second season, so did its relationship with its broadcast partner - this season, the league is being held over the course of several months in two different cities, and as a bonus, all of its matches are being shown live on the Ten Sports Network Channels. This is the first time that domestic basketball is being shown on privately-owned TV channels in India.

Turns out, there is a lot more basketball to bounce into our eyeballs in the near future.

UBA India - the organizers of the UBA Basketball League - and the Ten Network recently announced that the two have signed an incredible five-year broadcast partnership deal. Season 2 - currently in progress - will have a minimum of 36 live matches with international quality HD production. Broadcast veterans Paul Crane and Victor Howell will lead the broadcast coverage for Season 2 on Ten Sports. 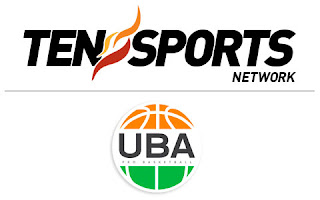 Announcing the deal, Rajesh Sethi, Global CEO of Ten Sports, said, "We are delighted to partner with UBA for India’s first Professional Basketball League. I am confident that UBA will change the face of Indian Professional Basketball forever. There is a lot of participation in basketball among younger audiences and through the UBA, Ten Sports will offer the best of Indian basketball to our viewers. With increased opportunity to take up the sport professionally and with the training camps, we will see more talent coming through the ranks which will enhance the quality of play. Ten Sports will offer the best of programming on UBA through live broadcasts, studio and wrap-around shows and other educational content."

"The players were trained just as pro athletes train in the US, every day with very little time off. The first week they struggled, but in the second week, their strength and ability saw significant increases. We know with continued programmes, the players can reach elite levels," said Jody Basye, US Coaching Sr. Manager.
A documentary titled ‘Inside the UBA’ on the rigorous training camp and the life of the to-be stars was filmed and is airing on Ten Sports Network channels. The UBA plans to make these training camps for the best players an annual affair and provide them the much-needed exposure to improve the standard of the game in India.
UBA Season 1 saw celebrities like Abhishek Bachchan and Evelyn Sharma attend matches, while Union minister of state for parliamentary affairs, Mukhtar Abbas Naqvi and Telangana State’s sports minister, T. Padma Rao, were special guests. The UBA will continue working towards involving celebrities in the game and the league.
Tommy Fisher, President of Fisher Industries and CEO of UBA, said, "The response of Bollywood, local and central government agencies has been extremely positive. In the weeks, months and years ahead, we plan on working hand in hand to help develop basketball as a superior sport and form of entertainment in India." 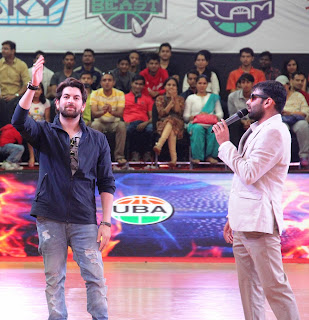 The UBA League has brought an exciting new avenue for Indian Basketball. The first season of the league was held in summer 2015. The UBA brought together teams representing eight different Indian regions – Delhi, Punjab, Haryana, Chennai, Hyderabad, Mumbai, Bengaluru, and Pune – to Hyderabad for a two-week long competition. The team colours, logos, jerseys, and names added an exciting new dimension to Indian basketball like never before. The league was short, and there was no ‘home-and-away’ format, but it was an encouraging start.

This year, the UBA Basketball League has doubled its efforts for the second season. After selection tryouts among hundreds of players in Bengaluru, the league launched Season 2 in two phases in two different cities – Pune and Hyderabad – last month and stretched out the schedule of games to nearly seven weeks. The first phase of games have already been held in Pune; the second phase is set to begin in Hyderabad.

This season, matches are broadcast live on Ten Action and Ten HD on two primetime slots, at 4.30 PM and 7 PM, to ensure maximum coverage and reach for the UBA Pro League.

You can find the full schedule of games on the Ten Network this season on UBA India's website.

This is an extremely encouraging development. I became a huge NBA fan primarily because, growing up, I had an opportunity to see the best NBA players perform live in TV while sitting a world away from them, or watch shows about their lifestyle, their mentality, their preparation, and more. As I grew up and began to dive my interest into Indian basketball, I was sad to see that there was very little available for easy and mainstream consumption for fans. Without that fan reach, young Indians haven't been able to idolise or be inspired by India's top players. This new Ten Sports deal has the potential to change that. Many more Indian fans of all ages will be able to tune in and catch top Indian players in action or learn about them in UBA's off-court programming. While the league still doesn't feature many of the Indian national team's trademark names, national TV visibility will create names out of the new faces, and perhaps, urge some of those trademark names to be swayed towards the UBA, too. Hopefully, we will see a day when the next generation of Indian basketball fans are able to learn about their domestic players as well as they know the NBA stars tens of thousands of kilometers away.
Posted by KARAN MADHOK at 01:51