Rarely in Indian basketball history has a state been so dominant. The final result was almost scripted from the very beginning. Chhattisgarh's Girls' U-14 basketball squad - who have won every Sub-Jr National title since 2002 - added a 12th consecutive gold medal at the 40th National Championship for Sub-Junior Boys and Girls by rolling past Tamil Nadu in Patna (Bihar) in a rematch of the 2012 final. But this year, the boys' squad joined in the celebration, as they also reached the Sub-Jr Nationals summit matching the girls' undefeated performance for a gold medal win against neighbouring Madhya Pradesh on Sunday.

The Sub-Jr Nationals - which are India's premier national basketball tournament for the federation's youngest members, the under-14s - was held this year at the Patliputra Sports Complex in Patna. Organized by the Basketball Federation of India (BFI) and the Bihar Basketball Association, the tournament tipped off on August 18th and featured competition between 24 boys' and 21 girls' squads from all across the country. 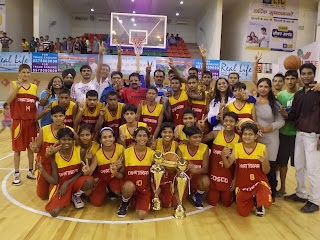 Led by a game-high 26 points by Gulabsha Ali in the Final, Chhattisgarh Girls snubbed any hopes that Tamil Nadu had of avenging last year's final in Goa. Chhattisgarh jumped to an energetic 19 point lead in the very first quarter and never looked back, eventually extending their advantage to a 79-42 victory. Manisha added 16 points for the winning side while TN were led by Srishti Suren (25).

In the boys' final, Madhya Pradesh, who has faced a surprising loss to West Bengal last year, had to settle for silver medal once again. In a lower-scoring battle, Binod scored more than half of his team's points for Chhattisgarh as he helped his squad keep a steady lead throughout and secure the gold with a 57-47 win. Binod ended up with 31 points, while MP were led by Himanshu's 21.

Earlier on the final day of the tournament, Rajasthan Boys had to come from behind to defeat Andhra Pradesh 87-66 to secure third place in the championship. Ashish Trivedi of Rajasthan was the best individual performer of the day, scoring 36 points, while Ashish Singh Bisht added 18 for the winners. AP, who held a first quarter lead before succumbing to Rajasthan's comeback, were led by Kunal (19).

In the Girls' third-place matchup, Divyani Gangewir scored 16 points to lead Madhya Pradesh to a 55-44 win over Maharashtra.

Indian film actor and Member of Parliament Shatrughan Sinha was invited as the chief guest at the prize distribution and closing ceremony of the tournament on August 25th. 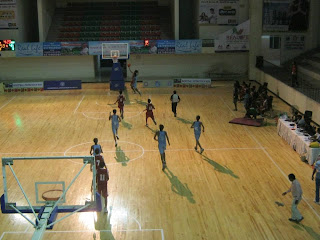 On Saturday, Chhattisgarh Girls faced little trouble in their semi-final clash against Maharashtra, running past them to a 89-57 victory. Gulabsha Ali (22), Manisha (20), and Laxmi (19) were all part of Chhattisgarh's multi-pronged assault. In the J. Ishwarya (25 points) helped Tamil Nadu blew open a close game at halftime against Madhya Pradesh to cruise to a 70-50 victory in the other semi-final. K. Priya added 16 for TN, while MP's Divyani Gangewir countered with 20 points in the loss.

For Chhattisgarh, the hero of the boys' semi-final win was Binod, who perhaps foreshadowed his form that would carry on to the finale with a 39-point outburst that helped his side pace past Rajasthan to a 72-51 triumph. Ashish Trivedi's 21 and Ashish Singh Bisth's 20 weren't enough to save the tie for the Rajasthanis. The other boys' semi-final was a defensive master-class by Madhya Pradesh, who defeated Andhra Pradesh 72-35, limiting them to just 15 points after half-time. Himanshu (22) of MP was the game's leading scorer.

The eight-day tournament was initially marred with power issues, as electrical outages turned off the lights and the air-conditioners over the first few days. The young players often had to play in the dark or suspend their game until power returned.