Suicide Drill: A basketball player’s death reminds us of the plight of Indian athletes

Despite my comprehensive travels and research around the country following basketball, I don’t remember ever meeting Ritu Kumari Rana. I don’t know, I may have come across her at a national tournament in Mumbai or Vashi or Nagpur or somewhere, but really, all I know of her is what Google tells me, and Google doesn’t tell me that much.

Ritu, a 30-year-old national-level basketball player in India, committed suicide on Monday morning when she leapt in front of a train track between Malad and Kandivli. She hailed from Himachal Pradesh and was working as a sports teacher at the Ecole Mondiale World School in Mumbai for the past six months. She has worked in several schools as a coach, and had spent about six years in Mumbai. Sources say that, in the past, she had represented both Himachal Pradesh and Chandigarh in Basketball and Cricket.

The death of a basketball player in the country of course concerns all loosely attached to basketball in the country, but Ritu’s case, it turns out, is special. A year ago, Ritu was selected amongst 14 Indian Basketball Coaches to travel to the USA as part of a Sports Visitor exchange programme, organized by the US Department of State and the NBA. The 14 coaches spent 10 days in the USA, where they trained with American basketball coaches in Washington DC and even travelled to Orlando for the NBA All Star Weekend. 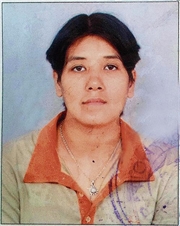 So why does a talented life choose to end itself so early, so tragically?

In an article on the Afternoon Despatch & Courier, Ritu’s sports mentor Sayed Nisar Ali was quoted clarifying the young women’s suicide note, mentioning that she felt the pressure by her family for a better job and pressure by herself to represent the Indian basketball team.

“She kept looking for a good job and despite all her credentials and the scholarship from the NBA, could not manage to get one,” Ali said, “She used to feel very dejected about it. Ritu failed to understand that if the government in the US could recognize her for her talent why was the Indian government so ignorant about her skills.”

There is little we know so far of her story beyond this. Now, here’s the thing: there is no prerogative for any employer or team in India to offer every available player a job or a spot in the squad. Some people make it, some people don’t. It’s the ugly truth of the competitive rat-race for survival in this world. She did odd coaching jobs but perhaps it didn’t earn her enough.

But Ritu’s death highlights – in the cruelest possible way – the worst-case scenario of India’s sporting fraternity gone wrong. She is not the only one who suffered from the pressure to make it in Indian sports. I have met athletes of different fields – from tennis to archery to of course, basketball – who are in Ritu’s shoes. Many of these athletes are very skilled. Many of them should be professionals in the sport, earning a respectable, constant salary for their hard work. And perhaps, almost equally as importantly, should be earning the respect of the community for choosing sport as a career. 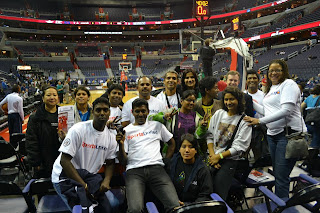 But we Indians regard sports – along with other professions that don’t involve MBAs, Doctorates, Engineering Degrees or political aspirations – as a lesser choice. Our parents tell us that sports should be kept as a hobby and we should think of something ‘serious’ as a profession. The job market reminds us that there is a higher demand, respect, and salary for those who stashed away the basketball and replaced it with a textbook. Many still continue down that line though, because sports are often the one true love that they can’t forget or their one and only option out of dire straits. After all, athletes in India, if they’re good or ‘connected’ enough, can secure sarkari jobs and a constant (if poor) government salary.

I don’t know anything more about her, so all I can offer is conjecture. Maybe Ritu wasn’t good enough to play for a state any more. Maybe she wasn’t good enough to be recruited by any one of India’s few women’s basketball clubs. Maybe she couldn’t hold another sarkari job because basketball is she could do, or all she wanted to do. She was a 30-year-old single woman struggling to find work in Mumbai and all she had was basketball. She was like tens of thousands of other basketball, volleyball, athletics, archery, tennis, football, or hockey players around the country whose skill-set isn’t respected enough for them to make a guaranteed living out of it.

We need to change our mind-set. We need to save other Ritus around the country. It starts with respect for athletes, respect that they deserve for their art and for their talents. They shouldn’t have to suffer for the respect of their parents or the society for what they do. We need to especially change that mentality towards women athletes, who have a tougher time breaking into the sporting arena. The next step would be for our federations and institutions to provide a platform where these athletes have the opportunity to – somehow or the other – stay involved with the sport. (Especially if they showed great potential and were chosen for a programme like the US Department of State Sports Exchange!)

Ritu’s suicide note, found at her flat in Malwani, finished with the lines, “I request my family to forgive me. I could not do anything for them.” There are no good ways to die, but when a basketball player commits suicide because they couldn’t do more for their family – economically, or as Ali suggested, in living up to their expectations – it is an even bleaker situation that many other athletes in the nation can relate to. On the Afternoon Despatch & Courier feature, author Priyal Dave says to us that India let Ritu down. We can’t let that happen to any others like her.

I didn’t know Ritu. But I know the stories of those like her, those in the sometimes dark and depressing line of sports in India. And we need to save those Indian sportsmen and sportswomen who need their sport to survive, or to fulfil their dreams. She may have checked out of the game, but for those who are still on court, we have to now change the system so they can keep playing at the highest level.