Conference Finals: And then there were four...

Share|
Wow... that was a wierd, wierd second round in the NBA Playoffs. Sweeping was back in vogue, apparently, as the Magic, Lakers, and the Suns all went 4-0 in their respective match-ups.

And then you had the Cavs and the Celtics, an amazing series which saw stories emerge left right and centre, including LeBron James, his elbow his future with the Cavs, Spike Lee supporting the Celtics, Rajon Rondo's complete and utter destruction of the Cleveland backcourt, KG spitting, sweating, and returning to form, Paul Pierce's struggles, and of course, Jesus Shuttlesworth.

Now there are only four left, as the playoffs move to the Conference Finals, or the overall semi-finals of the NBA. Before we discuss these matchups, let's do a short recap of the previous round.

Three of the four teams that I predicted made it through, with the Celtics six game win over the Cavs being the only surprise. I'd imagined that this would've been a long series, but I would have never thought that the Celts would've dominated LeBron so thoroughly over those six games. We could talk about how often Shaq was limited, or Mo Williams was inconsistent, or no one could defend Rondo, or Jamison's mismatch with Garnett, but the weight of the blame should deservedly be on LeBron's shoulders, since he revels in most of the successes, too. Two weeks after winning the MVP, we're wondering why we ever gave it to him. Or maybe we shouldn't wonder, since the MVP curse has been around before... The playoffs are NOT the regular season, and until wins a ring, LeBron shall never be the king.
Of course, let's not forget to celebrate the resurrection of Celtic Ubuntu. They defended brilliantly as a team and attacked as a team. Rondo was unplayable, especially that brilliant 29, 18, and 13 performance in Game 4, and Garnett was back to his old ways, something that makes this team a lot more dangerous.

The other series in the East was at the opposite end of the spectrum: the Magic not only swept the Hawks, but they did it in the most dominating way possible. On average, Orlando won each game by more than 25 points! Hawks looked outmatched in each department, and the Magic continue to stride confidently with great team effort after playing two of the easier teams in the playoffs this year. Jameer Nelson in particular has been on fire. The team will face their true test in the Conference Finals now.

Lakers had a surprisingly easy time against Jazz; I mean, I was envisioning a Laker victory, but I didn't think it would come in four games. Still, the Jazz did the best they could - Lakers, with Gasol, Bynum, and Odom, had just too much length in them. And Kobe showed up in all of the close encounters to safely steer his team through. The Thunder series has helped him resurrect the Black Mamba, who is continuing to look extremely dangerous this post-season.

Finally, who the hell thought this would happen? Suns 4, Spurs 0? WhatwhatWHAT???!!! Now, I thought I was being bold when I predicted a Suns victory in 7, but a sweep? Over the team that has basically owned them for years? Over the most dominant playoff team in the last decade? Wow... The Spurs NEVER get swept. Especially by the Suns... Well, for the first time the Steve Nash Suns have actually been underdogs this season, and the performance of Nash (despite the swollen right eye in Game 4) and Amar'''e, coupled with amazing contributions from Grant Hill, Channing Frye, Louis Amundson, and oh, that memorable fourth quarter by Goran Dragic, the Suns have finally buried their demons and moved past the Spurs... on to the next round...

So, here are my previews for the Conference Finals... 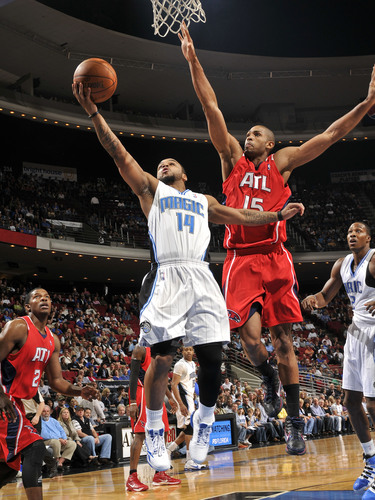 Celtics vs. Magic: Celtics in 7 - I believe in the 'Ubuntu' now. Watching the Celtics destroy the best team in the league with hardcore defence, great shooting, post-play, and most importantly, team chemistry, has brought back my faith in the team. Celtics are a team that are only getting better as the postseason progresses, and the Big 4 are going to be a tough match-up for the Magic. Only, the Magic themselves are an unstoppable bunch this year, winning games in every way unimaginable. There has not been a single chink their armour in the playoffs so far. Dwight Howard vs. Garnett is going to be an interesting match-up. So will Vince Carter vs. Paul Pierce. I think the key will again lie with Rajon Rondo, who will have to face up against Jameer Nelson in a classic point-guard battle. This series starts in three days, giving the Celtics very little time to recover from their emotional second round against the Cavs, but I feel that the team will continue to ride their momentum and persistence become Eastern Conference Champions by overcoming a very good Magic team in seven.

Lakers vs. Suns: Lakers in 6 - Ooh... Kobe and Lakers keep talking about revenge. Revenge from three/four years ago when the Suns twice beat the Gasol-less Lakers in the early rounds of the playoffs. Kobe will remember being 3-1 up, he'll remember Raja Bell, and he'll remember giving up in the 4th quarter to prove a point of Game 7 of the 2006 series.
But all that is history now. The Lakers are reigning champions, and the Suns are looking better (and more importantly, tougher) than they ever have before. This will be a great series because Nash and Kobe are two of the toughest competitors in the league. In the end, the Lakers length will have the advantage, and Gasol will once again be the turning point. Look for an intriguing battle between Pau and Amar'''e to define this series, which Lakers will eventually win in six games to become Western Conference Champions.
Speaking of Suns-Lakers, I saw this game live on TV four years ago. Still gives me the shivers: Kobe hits one of the clutchest shots I have EVER seen.

So, Hoopistani predicts that the Finals this year will be repeat of 2008 - Celtics and Lakers again. What are your thoughts?