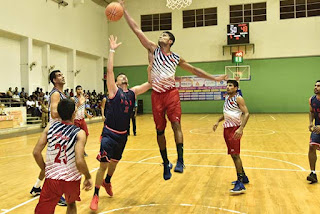 One of India's most prestigious invitational basketball tournaments will return to Tamil Nadu this week, featuring several of India's top players vying for the highest honour. The 54th All India basketball tournament for the PSG Trophy will begin at the PSG Tech Indoor Complex in Coimbatore on Sunday, September 9 featuring eight teams from around the country. The final of the tournament is scheduled for September 13.