It took twelve years for the CommonWealth Games (CWG) to bring back basketball. For India, the wait has been so long that our basketball contingent couldn't help but get to the sporting extravaganza a little early.

The 2018 CommonWealth Games in Gold Coast, Australia (GC2018) are set to be held from April 4-15, 2018, and will welcome more than 6,600 athletes and team officials from 70 Commonwealth nations, taking part in a total 18 sports and seven para-sports. In preparation for their participation in first CWG basketball tournament since Melbourne in 2006, India will be sending its entire basketball contingent - both Men and Women's squad - to Australia three weeks before the ahead of the start of the main event, on Monday, March 12. 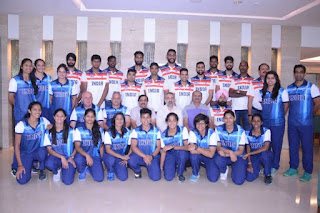 The BFI announced India's final Men and Women rosters, India's groups and schedule for the 2018 CommonWealth Games on Sunday.

Indian players will be on a exposure and training trip at the Runaway Bay Super Sports Centre in Queensland. Yadwinder Singh was announced as captain for the Men’s Team, he is the only player for India who will be playing in his second CWG. Shireen Limaye was selected as the captain for the Women’s Team. At the tournament itself, the games will be held at the Townsville Entertainment and Convention Centre and the Cairns Convention Centre. 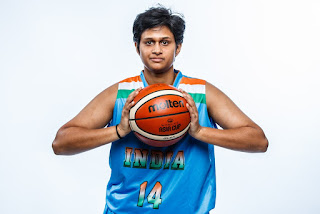 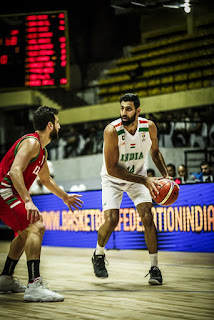 The Indian Women's team enter this tournament after last playing at the FIBA Asia Women's Cup at home in Bengaluru, where a balanced squad won Division B in dramatic fashion. The likes of Scaria, Limaye, Raspreet Sidhu and rising star Varghese are likely play important roles for the squad.

The Men's team feature two players who controversially missed the FIBA World Cup qualifying window games a few weeks ago - Amjyot Singh, who is playing in the NBA G-League, and Amritpal Singh, who played in Australia's NBL. Alongside them, other big names returning for the national squad include India's first NBA draft pick Satnam Singh, Aravind Annadurai, and experienced captain Yadwinder Singh. All of the players named in the official team list will be heading to Australia tomorrow, except for Amjyot who is expected to see out the season with his G-League team OKC Blue before joining India.
Posted by KARAN MADHOK at 05:15