Hoopdarshan Episode 2 - Indians and the NBA with Akshay Manwani 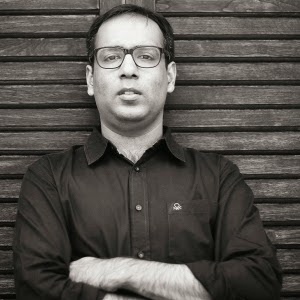 On the second episode of Hoopdarshan - the first-ever Indian basketball podcast - hosts Kaushik Lakshman and Karan Madhok oversee the end of the NBA regular season in style, with Madhok's NBA.com/India co-blogger and best-selling author Akshay Manwani joining in for the fun. Manwani and the Hoopdarshan crew speak about Sim Bhullar's big desi breakthrough, discuss this golden era for NBA fans in India, settle debates like the season's MVP, potential title-contenders, and more.

Akshay Manwani's writings on popular Indian culture and on sports have appeared in The Caravan, Man’s World, Mumbai Mirror, Business Standard, NBA.com/India and AOL India. Akshay also worked for the BCCI and has covered the ICC CWC 2011, the Indian Premier League (2011 and 2012) and the Champions League T20 (2010, 2011 and 2012). His first work of non-fiction, a biography of yesteryear poet-lyricist, Sahir Ludhianvi, was published by HarperCollins in December 2013. You can follow him on Twitter: @AkshayManwani.