NBA Press Release: The National Basketball Association today hosted the Train the Trainer programme at St. Dominic Savio School with some of the top coaches from Mumbai being part of the training session. 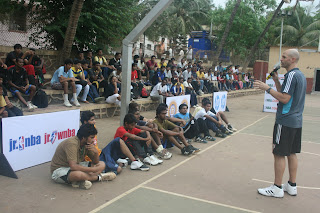 The Train the Trainer programme has already been held in Delhi and Chennai and will be held in Pune and Chandigarh also this season.