"The Iceman" George Gervin to come to India!

Three things come to my mind when I think George Gervin.

1) The Finger Roll: one of the prettiest moves in basketball, patented and perfected by Gervin.,
2) The Nickname: The Iceman - George Gervin named so for his cool demeanour and cooler game.
3) The Snoop Dogg song 'Hoop Dreams', where the rapper drops the line: "Double G, like George Gervin, cuz I'm so Ice BALLIN!' 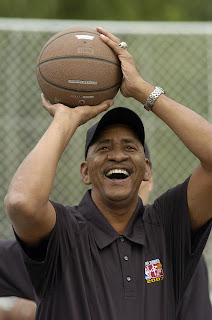 The event is being organised by The U.S. Department of State’s Bureau of Educational and Cultural Affairs and the National Basketball Association (NBA), who announced that they will tip off their 2011 sports envoy program with their first-ever joint trip to India. NBA Hall of Famer George “The Iceman” Gervin and two-time WNBA Champion Katie Smith will visit Mumbai and New Delhi from February 22 to March 2, where they will conduct basketball clinics with Indian youth, meet with university students, and participate in local community events in underserved areas.

Sports diplomacy envoys build on Secretary of State Hillary Rodham Clinton’s vision of “smart power diplomacy,” which embraces the use of a full range of diplomatic tools – in this case the game of basketball – to bring people together and foster greater understanding among people and cultures. 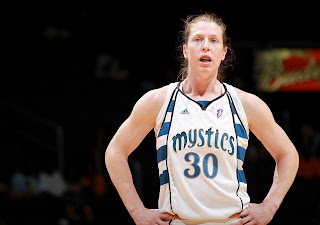 Gervin, a former San Antonio Spur, is a three-time NBA champion and was voted to the NBA’s 50 Greatest Players list in 1996. Smith is a six-time WNBA All-Star for the Washington Mystics.

Gervin's career is highlighted by a legendary battle for the NBA's scoring crown that he had with fellow volume scorer David Thompson in 1978. On the last day of the season, Thompson scored 73 points, Gervin had 63 (including 33 points in the second quarter) and he was able to maintain his higher scoring average.

And if you need a reminder of how good this guy was, YouTube is always here to help...