Indian basketball is slowly arriving at a turning point, where the next generation of young talents now have better coaching, opportunity, and facilities than ever before to keep the established stars at the tip of their toes. For both veterans of the game with dozens of international appearances or newcomers ready to burst out and turn heads, 2014 will be an important year to prove their place in the system as attention on the game increases. 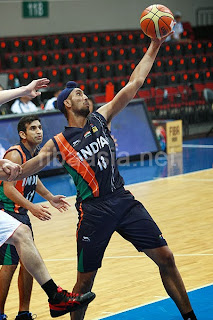 Through the course of 2014, the only major international opportunities for India will be the FIBA Asia U18 Men and Women tournaments later this year. India's Senior Men and Women teams will also be taking part at the basketball tournament in the Lusofonia Games next week. But domestically, India's top men and women players will be involved in various tournaments around the year, including the Basketball Federation of India's (BFI) national championships, prestigious invitational tournaments like the Savio Cup, the Ramu Memorial Basketball Tournament, and more.

Here - in last name alphabetic order - are 10 Indian basketball players to watch for 2014.

Akula, a wily young point guard from Chhattisgarh, was part of the original eight students chosen for the IMG Academy scholarship four years ago. The youngster has blossomed into an important player for state and country since. She was the MVP of last year's Junior National Championship for Chhattisgarh's gold medal winning team, and could make a difference at both junior and senior levels this year. She is also likely to play a major part for India's U18 Women's squad. Three years ago, she was one of leading assist-makers in Asia at the U16 FIBA Asia Championship. 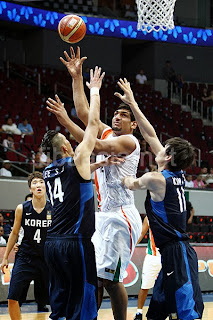 Punjabi guard Loveneet Singh is a little ball of energy. Loveneet has starred for India at various senior and youth levels, including FIBA Asia's U18 3x3 championship last year and was one of the youngest players in India's senior team as well. As the baton is passed to the next generation, expect this exciting, high-octane guard to be a major part of that future.

If you're in the obscure minority of Indian basketball fans who haven't heard of Bhamara, read up. The talented 18-year-old 7-footer from a small village in Punjab is currently learning the game at the IMG Academy in Florida, USA. Because of his combination of size, skill, and youth, Bhamara has been India's most tantalizing male talent in ages. Depending on his IMG schedule, he will be back for India's senior national and under-18 championships representing Punjab, and leading them close to glory again. But his big moment might come later this year at the FIBA Asia U18 Championship. Three years ago - he was the most devastating force in Asia at Nha Trang City at the U16 FIBA ABC. Could he be India's hope for a knockout round appearance this year?

Bhriguvanshi could have been a part of this list for a decade. The Varanasi-born slasher broke out as a young star and was quickly promoted to captain of India's Senior national team. He is still the captain, and still one of India's most talented players. Now in the prime of his career, Bhriguvanshi will likely have another stellar year for ONGC and Uttarakhand. He is the center of ONGC's unstoppable squad, and has already led to a Federation Cup win with an MVP performance. Expect big things from him in the current Savio Cup, the Lusofonia Games, and other domestic tournaments. 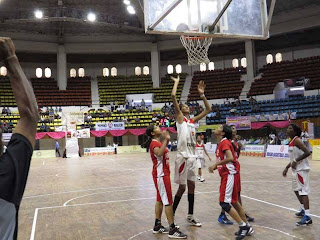 Poonam Chaturvedi - who plays for Chhattisgarh - stands as India's tallest Women's basketball player, perhaps ever! The 18-year-old Chaturvedi picked up the game late in her life, but under the tutelage of Rajesh Patel in Chhattisgarh, she has taken quick strides to improvement. Now, she is the centerpiece of Chhattisgarh's Senior and Junior Women's teams. She was one of the stars for Chhattisgarh as they won the Junior Nationals last year and also in last week's Federation Cup victory in Ahmedabad. She will likely be chosen for India's Lusofonia Games squad, too, and will surely be part of India's squad at the U18 FIBA Asia Championship.

Karnataka's up-and-comer Bhandavya HM wasn't a big name outside of her state until she was chosen for India's U16 side and became the team's most consistent performer last year. Bhandavya will be graduating to the Junior national team for the FIBA tournament this year.

Jose is synonymous with Indian basketball, and a lifelong member of any 'players to watch' list in India. Jose has been India's best player every year for over 10 years internationally and has been one of the few Indians to stand neck-to-neck against Asia's finest. Domestically, there is only one rule in India's Women's basketball: whichever team Geethu is on will win. Born in Kerala, Geethu is the only Indian player to earn a WNBA trial and has played professionally in Australia and Thailand. She has led Southern Railway or Indian Railways to dozens of club or national level tournaments. The only thing that could stop Geethu in 2014 is Geethu herself: after her marriage, she has hinted that she is thinking about retiring from the national team. But as long as she plays, she will still be the best. 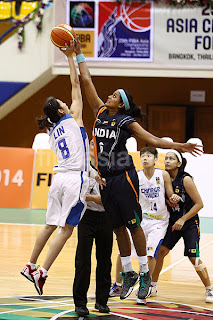 With massive performances in every game, India's campaign at the U16 FIBA Asia Championship last year was mostly a one-man show, and that man was 16-year-old Mahipal Singh. This year, Singh will be looking to capitalize on his big performances with a go with the U18 team, and a chance to turn heads again. Domestically, he'll have to be the backbone for Rajasthan as they try and compete amongst much stronger sides around the country.

Now a regular India senior international, Maharashtra's Smruthi Radhakrishnan was the MVP of last week's Federation Cup, as she helped her team secure a silver medal. She will get a chance to show her best at the international level at the Lusofonia Games and at the William Jones Cup - if India are invited this year. Back home, she will he hoping to join hands with Shireen Limaye to bring Maharashtra Women glory in the National championship.

Punjab's Amjyot Singh has been a revelation. The lanky power forward was a relative unknown until a few years ago, when he broke out with Kenny Natt's Indian squad, and continued the form with big performances for the national squad ever since. Amjyot is now a permanent starting fixture for Team India, and was the squad's leading rebounder at the most recent FIBA Asia Championship. India will rely on his size and finesse once again at the Lusofonia Games. Domestically, he's currently representing IOB and Tamil Nadu. Look for this being the year when he breaks out to become the most valuable player in India.