Hoopdarshan Episode 94: Siddarth Sharma on the UBA League and his epic bike trip to the NBA India Games 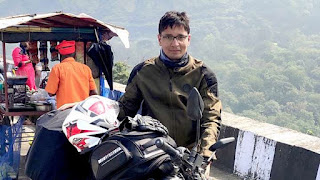 To watch the first-ever NBA India Games in October, Indian basketball superfan and journalist Siddarth Sharma (a.k.a. SidBreakBall) embarked on an epic 3-day, 2,000 km bike journey from Kolkata to Mumbai. On Episode 94 of Hoopdarshan, Sharma joins co-hosts Kaushik Lakshman and Karan Madhok to discuss this wild trip, his memories at the very first NBA preseason game in India, working as a broadcaster for the UBA league, and the hoops scene in Kolkata.

As an NBA and Indian basketball writer, Sharma has contributed over a thousand stories to SportsKeeda and other websites. He worked as a guest commentator at the UBA pro league in India and now works at Decathlon Sports India.