NBA has launched a game-show in India called Jabong Hoop Wars. It's a thing.


Here are some facts: 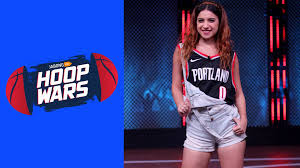 - The NBA is expanding in India in a big way, with grassroots basketball training programmes, the elite-level Academy, visits from top players, and for the first time this year, an NBA preseason game in India.
- One of the NBA's avenues for reaching out to a larger, younger audience - an audience that aren't necessarily core-NBA fans to begin with - is employing social -media celebrities for events and ad campaigns. Hence, Rannvijay Singha and Bhuvan Bam at the All Star Weekend, or Rannvijay Singha and the rapper Divine on the 'This is why we play' ad campaign, or Rannvijay Singha in... Well, you get the point.
- The NBA has a partnership with merchandise seller Jabong for the NBA Store India.
- Now, Jabong and NBA India have a game show. It's called Jabong Hoop Wars.

The first two episodes of Jabong Hoop Wars are available to stream online. The show is hosted by Benasha Soonawalla. It features three contestants who take part in several rounds of loosely-NBA-related games. At some point, a special guest shows up to spice things up a bit, presumably.

Here, for example, is Episode 2:

Round 1 was a trivia round, where contestants were asked easy questions to begin with, such as what team plays home at the Madison Square Garden, and which player won an Oscar for the short "Dear Basketball" (The clues for the latter were: John Legend, Kobe Bryant, Morgan Freeman).

Priyank Sharma, who we are told is an actor/dancer, was the special guest. Round 2 was a basketball challenge of shooting free throws while running on a treadmill.

Round 3 was some form of dumb-charades on a trampoline.

This is the show. End of facts.

Posted by KARAN MADHOK at 22:08 2 comments: Links to this post


If you're an Indian basketball fan feeling particularly prepared to jump on a new G-League bandwagon, it's time to join the herd.

The Wisconsin Herd, to be exact. Amjyot Singh, the Chandigarh-born Indian basketball star who as been in the NBA G-League for the past 1.5 years with the OKC Blue, announced that he was officially signing with the Herd with an Instagram post on Thursday. The Herd are the G-League affiliate of the Milwaukee Bucks, who currently hold the best record in the NBA. The team is based out of Oshkosh in Wisconsin.


Excited for the new beginning and opportunity #wahegurumeharkare🙏
A post shared by Amjyot Singh Gill (@amjyot.gill) on Feb 14, 2019 at 7:27am PST

Singh, 27, saw his role limited in just six appearances with the Blue this season, and hadn't suited up for them after November. He's only the second Indian to play in the G-League, following Satnam Singh, who played two years for the Texas Legends. Amjyot is averaging 2.5 points and 0.86 rebounds in 36 total G-League games played since last season. 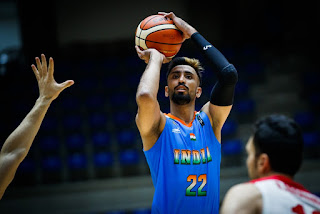 Singh is a 6-foot-8 forward who rose in recent years to become one of the top players for India's national basketball team. He has been the team's leading scorer in most major international tournaments over the past six years, and also played professionally in Japan's Development League for a season.

While the Blue are riding high and stand 2nd in the Western Conference, the Herd's record is only 9-26, at the bottom of the East. Despite this, the new opportunity could open up more playing time for Singh, who will likely be backing up Herd's power forward Michael Qualls for the rest of the season.

Now that he'll be playing in the same franchise-umbrella as Giannis Antetokounmpo, would it be too wild to imagine a team featuring both the 'Greek Freak' and the 'Sikh Freak' in the same line-up? Singh, and his Indian basketball family, will be hoping that this dream to become a reality!

Posted by KARAN MADHOK at 12:51 No comments: Links to this post


The biggest basketball stars in the world will be in Charlotte this weekend for the NBA All Star extravaganza. So will local, national, and international celebrities, bringing in their own star power. The global media will turn its lenses for this massive basketball festival. 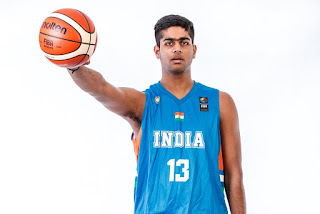 But in midst of all the fun, there will also be a lot of serious sport, of course. And while most of the world keeps its eyes on the NBA stars, a new crew of young international prospects will be taking the courts in Charlotte, too, with the hope to announce their presence as basketball's next big things. The NBA and FIBA announced that the top 63 boys and girls from 31 countries and regions around the world will travel to Charlotte for the fifth annual Basketball Without Borders (BWB) Global Camp. The camp, which will feature several NBA players and coaches as mentors, will be held from February 15-17 at the Queens University of Charlotte Levine Center for Wellness and Recreation as part of NBA All-Star 2019.

And, as it has been the case for the past few years, a couple of rising hoop stars from India - Harshwardhan Tomar and Grishma Niranjan - will be representing our tricolour flag in Charlotte, hoping to make a big impression in front of scouts and coaches to further their own careers, and also return home with an experience of a lifetime.

Originally from Madhya Pradesh's Bhind district, the 6-7 forward Tomar (18) made waves several years ago when he was picked to play for Italy's Stellazzurra Academy. Since then, Tomar has represented India's national teams at the U18 and U16 FIBA Asia stage. Last year, he was among the 8 winners of the ACG-NBA Jump programme to win admission to the NBA Academy India in Greater Noida. 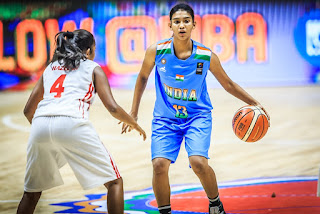 Niranjan (17), a point guard from Bengaluru, is the reigning MVP of the NBA Academy India's second women's camp, held in Greater Noida last month. She also represented India at the last FIBA Asia U16 Championship.

According to ESPN's Jonathan Givony, the BWB Global Camp has quickly ascended to the top of NBA executives' calendars as a must-scout event. "It's become somewhat of a "rite of passage" for internationals vying to join the NBA, something that is reflected in the number of players drafted since its inception in 2015," Givony wrote. Some of the big international names to watch will include Deni Avdija (Israel), Amar Sylla (Senegal), Killian Hayes (France), Khalifa Diop (Senegal), and Matej Rudan (Croatia).

Players and coaches will lead the campers through a variety of activities on and off the court, including movement efficiency, skill development stations, shooting and skills competitions, 5-on-5 games, and daily life skills seminars focusing on health, leadership and communication. One boy and one girl will be named BWB Global Camp MVPs at the conclusion of the three-day camp.

The campers will attend the Rising Stars event, All-Star Saturday Night, and the 68th NBA All-Star Game at Spectrum Center.

Posted by KARAN MADHOK at 11:12 No comments: Links to this post