India lose to Syria and Jordan; finish 0-6 in First Round of 2019 FIBA World Cup Qualifiers 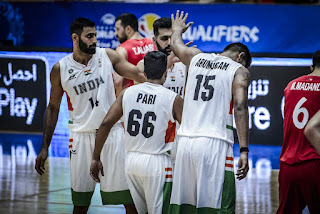 Entering the third window of First Round 2019 FIBA World Cup Qualifiers with four losses out of four, India lost their last two games this week to Syria and Jordan away from home, dropping to 0-6 and crashing out before the next qualifying stage.

After losing to Syria in Bengaluru 74-57 in an earlier window, India's game against the Syrians was a must-win on Thursday for a chance of survival. Although Syria held a comfortable lead early and were up by double digits until the third quarter, India made a bold comeback late into the game, coming within one point of the hosts. Alas, in the last few minutes, India's inexperience showed, and Syria were able to hold on to a 81-76 win. Abdulwahab Alhamwi led Syria with 19 while Michael Madanly added 18 in the win. For India, the top performer was Satnam Singh, who contributed 18 points in the losing effort. 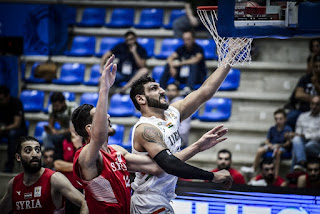 Jordan had defeated India 102-88 in Bengaluru earlier. On Sunday, at their home court, they won in an even more convincing fashion. Led by Ahmad HA Al Dwairi's 21 points, Jordan ran to a 22 point lead at halftime and continued to pressure India to win 114-70 by the end of the contest. Arvind Arumugam (23) and youngster Justin Joseph (17) were the high scorers for India.

Jordan finished top of Group C, with Lebanon at second place, Syria at third, and India last. The top three teams from the group will qualify for the next round.

For India, the silver lining of these disappointing losses has been the international experience gained by the players. Satnam Singh was India's most important and consistent player, playing all six games and leading the squad in accumulated minutes played, points, and rebounds. A group of young players got their first international outing, but the team as a whole looked disorganised and disoriented.

Team India will head home now and prepare for their next major international competition - the 2018 Asian Games in Indonesia from mid-August. Hopefully, a few more of the important pieces can return to the squad, the decision to unfairly ban a couple more players can be overturned.
Posted by KARAN MADHOK at 07:03