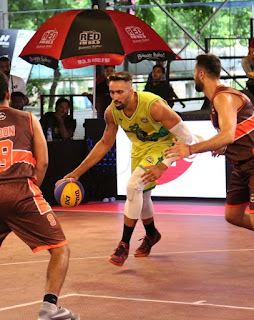 The top player in Indian Basketball - Amjyot Singh - joins Hoopdarshan in Episode 82 to discuss his suspension from India's national team, his experiences playing in the NBA G-League, taking part in the 3x3BL in Punjab this season, and rating Gurudwara langar food. In addition, co-hosts Kaushik Lakshman and Karan Madhok catch up on all the happenings from the Indian basketball universe.

Amjyot Singh is one of the most accomplished Indian basketball players. Hailing from Chandigarh, he has played for and captained India's national team in several important tournaments. He has played professionally in the NBA's G-League for the OKC Blue and the Wisconsin Herd, as well as the D-League and BJ Summer League in Japan. Singh is one of the nation's top 3x3 players as well, starring in numerous international events for his clubs.