It may not always make national headlines, but India has a surprisingly fervent collegiate-level basketball culture, and for years, the top university/college teams have been taking part in competitive championships around the nation. These championships, held in different zones, then build up to the zenith with the National Championship, featuring 16 of the top teams in India in a tournament to determine the best of the best.

This year, the UBAU All India Inter-Zonal University Basketball Championship for Men was held at Mumbai University's Kalina Campus. The host team gave the home fans a reason to cheer in the finale: Mumbai University defeated edged past Chennai's Anna University 64-61 in the final to lift the title for the first time in 25 years on Sunday, February 28th. 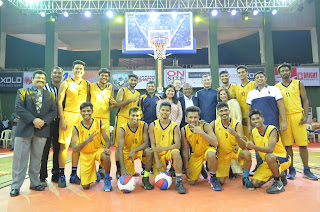 The final was a neck-to-neck contest worthy of featuring the two best university teams in the nation. Mumbai led Anna by just four points at halftime, but Anna University bounced back with a strong third quarter performance to take a small lead. In the fourth quarter, Mumbai's young star Samson Sandhu (25) took over the game, hitting numerous clutch shots as his team took advantage of two key Anna players getting fouled out to inch ahead and win the game, 64-61. Sanket Kalbhor added 21 points and 11 rebounds for Mumbai. Also present on the occasion were UBAU senior executives, Mr Joe Damsker, Mr Robert Clawson and Ms Sunday Zeller, among others. 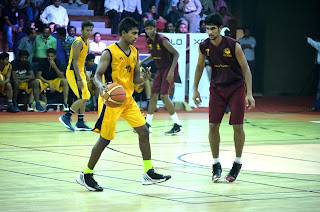 The final 16 teams that participated in the UBAU All India Inter-Zonal University Basketball Championship this year were: