India to have a professional basketball league

BREAKING NEWS!!! It's official - the Basketball Federation of India (BFI) has teamed up with the IMG Reliance venture to develop basketball in the country, and most importantly, develop a professional basketball league in India similar to the American NBA or the Chinese CBL.

I have been giddy with joy ever since I read this news! Three months ago, Reliance Industries, led by India's wealthiest Mukesh Ambani partnered with US-based sports marketing company IMG Worldwide in a joint venture to build sports facilities in India. The sports model that they set out to create was meant to "be similar to the one followed in mature sports and entertainment markets such as the US". IMG Worldwide is a sports management company and talent agency, who have been involved with sports promotion in the US for several years.

The agreement between BFI and IMG Reliance has been signed for 30 years.

The initiative is poised to significantly impact the competitive level of the sport and enhance the pool of talent in the country. The deal will see IMG Reliance assisting BFI on financial, promotional and technical aspects. As part of the agreement, the BFI has granted IMG Reliance commercial rights relating to basketball in India, including sponsorship, advertising, broadcasting, merchandising, film, video and data, intellectual property, franchising and new league rights. The highlight of the agreement is expected to be the development of a professional basketball league in India in which players from around the globe will compete alongside Indian players, similar to the CBL in China. A critical element of the new initiative will be the development of world class infrastructure in India to support the effort, including the construction of new arenas and training facilities.
In line with its focus on developing the game at the grassroots level, IMG Reliance will advise the BFI regarding the organization and management of school and college leagues throughout the country. This will create a platform to develop and augment the talent pool of young men and women, enhance their opportunities to compete internationally, and successfully represent India on the world stage.
Talking about the deal, BFI secretary general Harish Sharma said, “We cannot mention the finances of the deal but IMG reliance would be supporting all the programmes BFI would be conducting across the country.”

“IMG Reliance would be commercially supporting our school/college leagues, championships etc. They will also be helping in gradation of the players where in the top players will get financial support to play the game. International expertise will be brought in to India to promote the game. As a long term plan, they also plan to promote a professional league in future,” he added.
“This is a step to promote and popularise the game in India. IMG is a global company and will surely help us in making the sport the second most popular sport in a few years,” he added.
"We are working towards kicking off the leagues at the onset of the sporting calendar in the country," Sharma further added.

Commenting on the development, Andrew Wildblood, IMG Reliance said, "The game of basketball is one of the most popular spectator sports across the world. With the active support and participation from the Basketball Federation of India, we will work to take the sport to the next level. IMG Reliance will leverage IMG's unparalleled experience of developing sporting leagues and talent development to make basketball in India a commercially exciting sporting proposition with a large fan base.

IMG Reliance also plans to establish sporting academies in India, modeled on the world renowned IMG Academies at Bradenton, Florida, to provide athlete and coach training in the country.

The BFI's partnership with IMG Reliance will not be interfering with the grass-roots efforts of growing the game in the country, particularly that of Mahindra's partnership with the NBA for the Mahindra-NBA Challenge. I think it's great that we have two big companies competing in the basketball realm in the country: more competition = more money, and more money will be directly proportional to the rise of basketball in India.

Basketball is already one of the fastest growing sports in India - and as the interest grows, we now have to make sure that our coaches and management provide the right guidance to the future generation of ballers to make sure that there talent responds to the financial growth in the game. 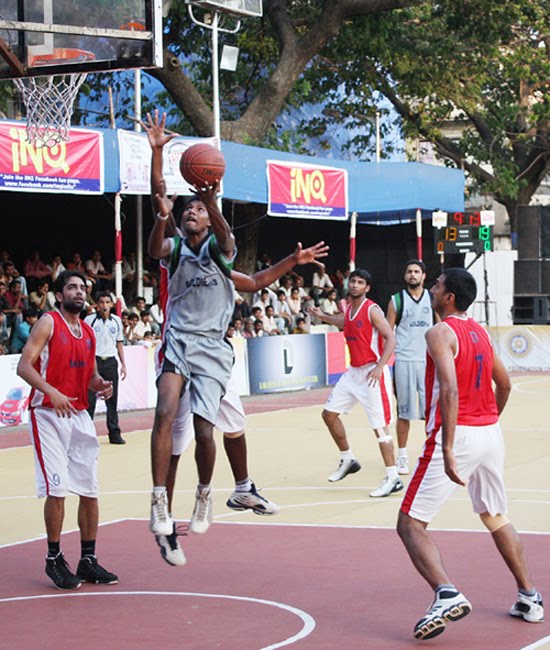 The best way for things to improve is if several efforts continue to work parallel to each other, and I can see many things happening around the country now. The Mastan League in Mumbai made headlines for first introducing a short professional-type league in the city. The NBA has been increasing its interest in India over the past few years, promoting the game (and itself) via the Mahindra League, infrastructural growth, player development, commercial development, and others. American coaches like JD Walsh, Bob Baker, and Craig Esherick have been to the country to train coaches and players, and Walsh continues to train Indian coaches in achieving a high level of basketball knowledge.

And now, with IMG Reliance taking a positive step into the frame, there is a light at the end of the tunnel for Indian basketball fans. Time to get the next generation of hoopsters ready, because before we know it, we're going to have full-time basketball professionals in India!