Sometimes, basketball can be completely uncomplicated, when the most basic of tenets of the game shine brighter than all the rest: size and talent. At the 33rd Federation Cup Basketball Championship for Men and Women held over the past week in Greater Noida, these were the tenets that made the difference, as the best squads separated themselves from the rest. At the tournaments finals on Sunday, June 16, the two biggest and deepest teams - Punjab Police (Men) and Eastern Railway (Women) - rose to the challenge and secured the prestigious gold medals. 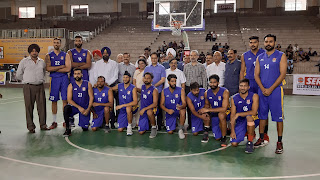 Organised by the Basketball Federation of India (BFI) and the Uttar Pradesh Basketball Association (UPBA), the Federation Cup was held from June 12-16, 2019 at the Gautam Buddha University in Greater Noida, featuring 9 teams from top men's units and 8 of the women's top state teams from around India taking part.

On the final day, Eastern Railway Women were led by Libina MJ (28) and India's tallest women basketball player Poonam Chaturvedi (26) to an easy victory over Tamil Nadu, 86-67. Eastern Railway got off to a sensational 29-15 start and road the momentum towards their victory. TN's rising young star Dharshini Thirunavukkarasu had 19 for her side in the losing effort.

The Men's final saw the tournament's most impressive team - Punjab Police - complete their rout to secure this championship. Featuring two international professional players Amritpal Singh and late-addition Amjyot Singh, Punjab Police had been stellar all week, and capped off their run with a 91-71 win over the physical Indian Army squad. Arsh Preet Bhullar led the Punjabis with 24 points and Amjyot added 20. For Army, Sunil Rathee (18) and Gopal Ram (16) were the top scorers in the loss. 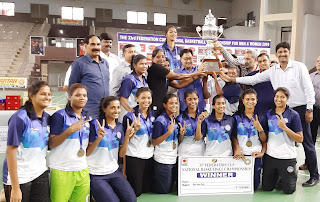 Newly-minted Minister of Youth Affairs and Sports Kiren Rijiju was present on Sunday to felicitate the medalists at the Cup. The top three teams received Rs. 1 lakh, Rs. 50,000, and Rs. 25,000 respectively. 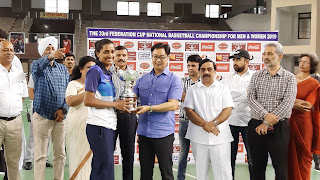 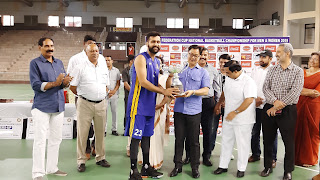