During his prime, Khushi Ram always found a way atop the basketball score card, dominating Asian tournaments and rising above competitors from across the world as one of the finest Indian basketball players of his generation. As years passed, hindsight titled the man affectionately referred to as 'The Magician of Basketball' as one of the greatest Indians to ever play the game. And now, two years after his death (at 77), Ram's legacy has been immortalized forever. 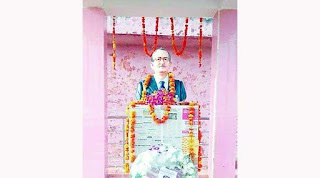 Earlier this week, a statue of Khushi Ram was unveiled in his home village of Jhamri, in the Jhajjar district of Haryana. The marble statue was a first-of-its-kind to be given to honour a basketball player in India. A former captain of India's national Men's team, Kumar was handed with the Arjuna Award in 1967. His son Ram Kumar (also an Arjuna Awardee for basketball), former basketball legend Ajmer Singh, and many members of the Indian Basketball Players Association (IBPA) were among the many present to unveil this statue in Jhamri.

Born in Jhamri on August 7, 1936. His interest for basketball began at age 14 when he joined the Delhi-based Army unit Rajputana Rifles as a Boy Recruit in 1950. He made his debut as a youth player at the National Basketball Championship in 1952 representing the Armed Forces team. From a young age, he was known for his shooting ability - which helped him become an unstoppable scorer for the course of his career - and for his high IQ and sense of the game. 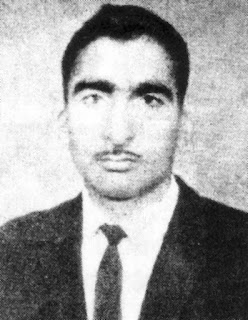 After retirement and even until his final years, Ram was coaching basketball to students at the Modern School in Kota.

The Indian Express' Shivani Naik wrote in further detail about the statue unveiling and Ram's past glories.

His son Ram Kumar, an Arjuna Award-winner just like him and a coach of equal repute with the Railways, believes that it was important to set down the legacy in stone. “I personally went to Jaipur and this was made by sculptors who specialize in marble work and took two months to complete,” he says. “India’s attention is on basketball and everyone’s looking ahead to developments in NBA. But we also need to honour our past, because Indian basketball has a rich history, and Khushi Ram was a legend,” he said.
A dozen boys trained by the doyen in his final years, also played an exhibition game, as his work continues in the little-known village. Jhamri promises to be a rare basketball nursery even as the rest of Haryana is swept by myriad other sports — hockey, volleyball, boxing and even cricket. “The villagers came out in huge numbers because they knew what this man did for Indian basketball. I can’t expect the whole country to know him but it was heartening that the whole village turned up at the unveiling by another towering legend Ajmer Singh (who was India’s highest scorer in the 1980 Olympics),” Ramkumar said.
The legend of Khushi Ram is incomplete without the tale of the Philippines coach. The tiny island country were the dominant nations of Asian basketball in the 60s. A Philippines coach had once declared after an invitational tournament where Khushi Ram finished as the MVP of Asia, the highest scorer in Asia and best centre of the meet: “Give us Khushi Ram, and we’ll conquer the world.” Asia’s most formidable side in 1970s had just been humbled by a spirited India, riding on Khushi Ram’s exploits at Manila, and the rival coach made more than the polite enquiry into whether it was possible to poach India’s tall-man for good, before the team returned home.

“I know basketball players get lost in sands of time and are forgotten. But the statue will keep the spirit of this game and what it means to several village ball players alive. Future Satnams (Dallas Mavericks pick Satnam Singh) are bound to come from villages,” Ram Kumar added.


As far as I know through Uncle Google, Jhamri, with a population of a little over 2,000 people, is barely indistinguishable from one hot, farming Haryana village to another. Khushi Ram may have been the village's most accomplished son, and now, Jhamri can become the part of a unique Indian basketball pilgrimage. Pilgrims of other religions travel hundreds or thousands or miles to pay respect to their saints or their Gods around the world; for those whose true faith is basketball in India, this little village with the statue of one of our greatest talents, may become a minor 'tirth stahl' of its own.
Posted by KARAN MADHOK at 13:11