NBA is (finally) back on Indian TV... With a BANG!

I admit that I was starting to get the jitters. My forehead was sweating, my feet were feeling the pins-and-needles, my throat felt dry. It wasn't any kind of fever - well, not the explainable physical kind anyway - it was withdrawal.

Life was all hunky dory in June: the NBA Finals were on TV every other day, and I had spent many (many) early mornings sleepily drudging around my home with a cup of hot coffee and a warm blanket, watching live basketball games. Any self-respecting hoops fan in India would have done exactly the same, ignore the 9 and a half hour (on the east coast) to 12 and a half hour (on the West-Side) time difference to watch the games live. That's just what we do. Damn those who wait for the prime-time repeats in the evening, because by then, most of us have already read the recaps, analysed the box scores, and watch the top ten plays of the day online.

The season finished in mid-June, and the NBA went on the full offensive in India in the off-season. We welcomed superstars Dwight Howard and Pau Gasol to our shores. We participated in the Mahindra-NBA Challenges in Mumbai, Bangalore, Ludhiana, and Delhi, taking NBA team monikers. We read NBA articles by Indian writers, for Indian readers, in the NBA's India website (including a weekly column by yours truly!). We bought the jerseys and wore the shoes.

It was indeed, an epic off-season for the NBA in India, and the 2010-11 season was supposed to be one of the greatest ever. LeBron, Wade, and Bosh were together in Miami. The Celtics brought in Shaq and got stronger. The Knicks got Amar'e and became relevant again, and the Bulls improved with the Boozer signing. Thunder, with Kevin Durant and Russell Westbook, were promising to become everyone's second favourite team. Dwight Howard left with a good impression in India, making fans crave to watch him and his Magic team a little more. And of course, the champions Lakers were back, bigger and badder, looking to make it a three-peat. 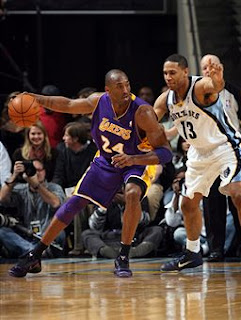 Until of course, a silent tragedy struck. There were no more promos for the upcoming season on ESPN and Star Sports. No recap shows, no games at those ungodly hours in the morning.

This is when the jitters and the pins-and-needles started. We waited a whole month, cursed and complained, but nothing came our way.

And then, with one epic announcement, it all changed. The NBA announced on Thursday evening that it has signed two TV deals in India, with Taj Television (Ten Sports) and Multi Screen Media (MSM) Private Ltd (PIX). The best part of this deal? There will now be FOUR live NBA games shown in India every week. In addition, there will be the return of a lot of NBA's special programming, as well as special events such as All Star Game, Playoffs, and Finals, of course.

It seems that the NBA's long marriage with ESPN/Star Sports (ESS) in India is finally over. The affair with Taj Television and MSM has just begun!

So here's a rundown of all that will be coming our way on the two channels for the rest of the season. Please refrain from salivating on your keyboard.

- Two live games every week, on Wednesday morning and Friday morning.
- Live coverage of the NBA Playoffs.
- Live coverage of one Eastern Conference Finals in 2011 and Western Conference Finals in 2012.
- 36 episodes of NBA Action a renowned highlights show that captures the latest game action and league news, giving fans an inside look at the best players in the NBA.
- A new weekly original program, NBA in 30. Each episode of NBA in 30 will showcase a condensed game in thirty minutes.

“The NBA has a growing audience in India and Ten Sports will enhance the viewing experience by providing additional insight, localized content, and interviews apart from the traditional telecast,” said CEO of Sports Business ZEEL Atul Pande. “I am sure we will enjoy a long relationship with the NBA as we are committed to being a leader in acquiring, producing and televising the most important sports programming.”

“The NBA is one of the world's top sports properties, and is comprised of some of the greatest athletes on the planet,” said MSM India CEO Man Jit Singh. “This historic agreement allows PIX to deliver all of the action and excitement of the NBA to Indian sports fans, while launching a partnership between MSM and the NBA which we expect to widen and grow through the years.” 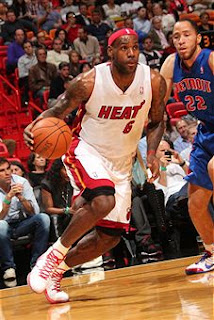 I must say, I am very, very impressed by all this. Four games a week! That means, Wednesday to Saturday morning I'm going to be busy, back inside my blanket and with my cup of coffee. I especially like the idea of the NBA in 30 show that will be on PIX: it will be a great way to introduce the game to a whole new audience, who, in half an hour, will get a good experience of how exciting NBA basketball is.

Ah, the sickness is gone. I can relax again. The first game, according to NBA Global Programming list, is tomorrow, Saturday morning, at 9 AM: Dallas Mavericks @ Utah Jazz on PIX. The schedule for the Ten Sports games hasn't been put up there at the time of writing, soon I'm sure all will be revealed.
Posted by KARAN MADHOK at 13:37